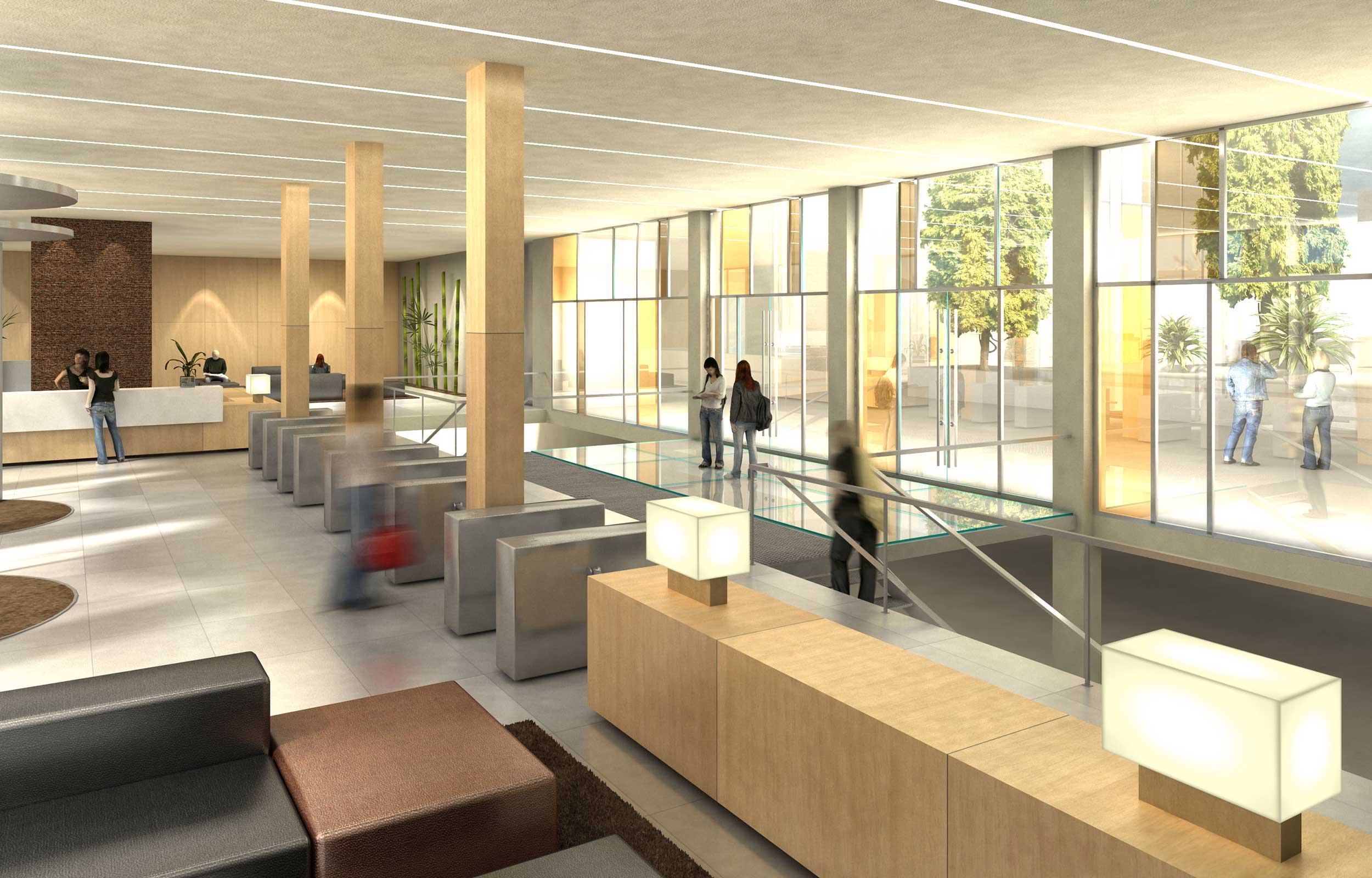 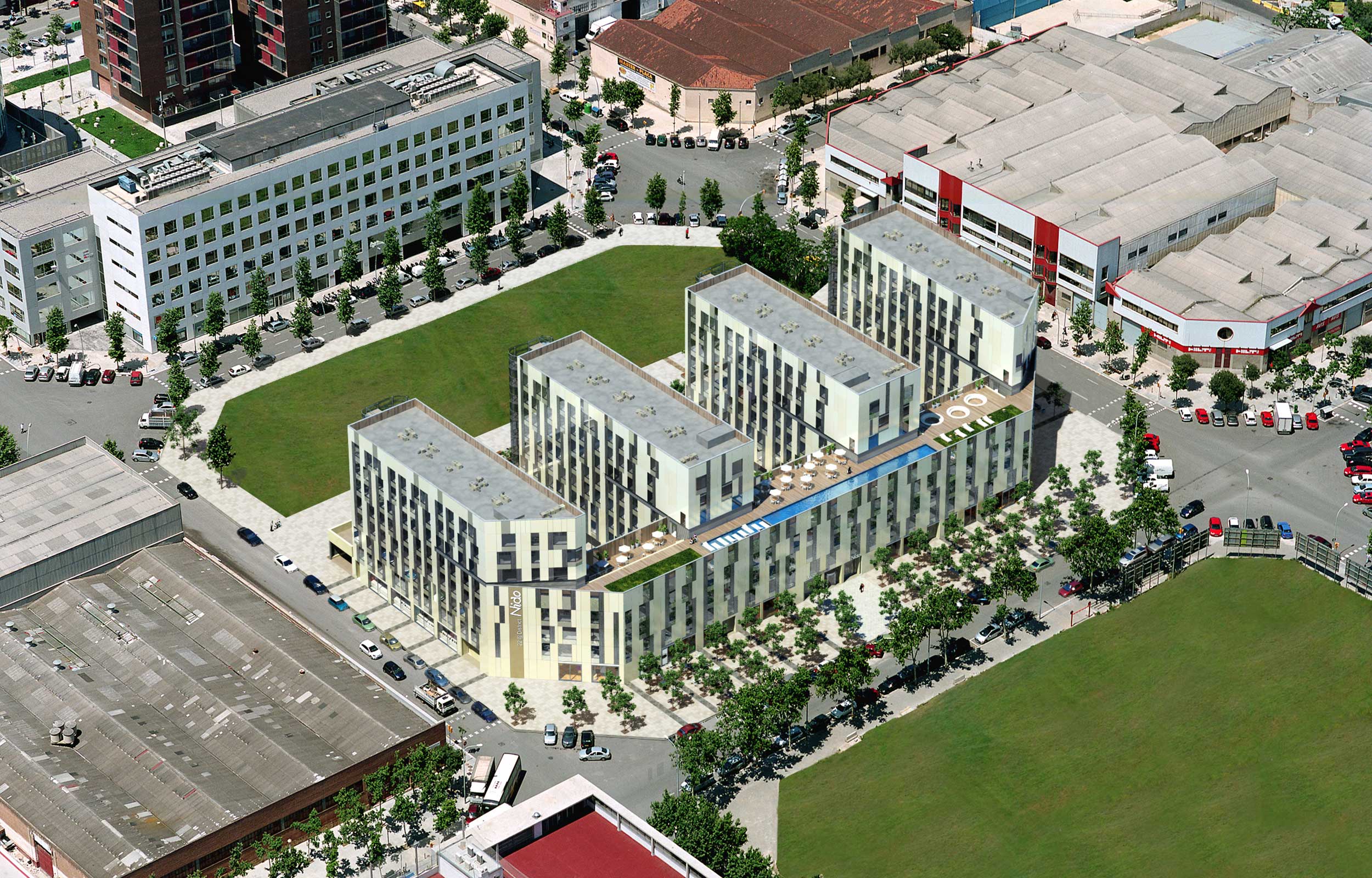 Barcelona was chosen as the location for the first Nido project outside London. MACH adapted the original concept and added a touch of the charismatic, Spanish metropolis.

From the swimming pool to the dining room, every detail of the building was based on the surrounding cityscape. MACH chose a warmer color palette of yellows and oranges to reflect the hues of the city. At the same time, patterns from the two London locations were reused, so that the new location wasn’t a stranger, but rather a Spanish relative of the brand.